Yeah I know. Me and every other lady on the planet.

I saw the recipe for orange creamsicle cupcakes on What Megan’s Making and I really really really had to try making them. I had a family get-together over the weekend and though I was already planning on making a pound cake, I decided to make cupcakes too.

The shopping list for these is a little extensive but nothing on it is terribly pricey or difficult to find. I still managed to forget to buy more orange juice, so I ended up using 1/2 cup of orange juice and 3/4 cup water instead of 1 1/4 cup orange juice. Oops and oh well.

The cupcakes baked up fine. 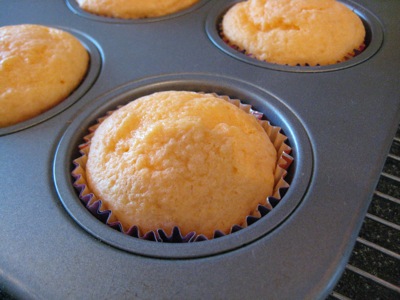 When I took them out of the baking pan they were so light I thought they would float away. 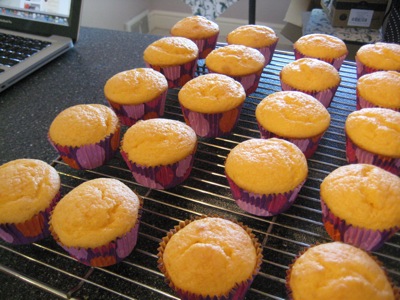 They are very distinctly orange, which is kind of fun.

I took a short cut with the frosting by purchasing two cans of cream cheese frosting and coloring one can of it orange. 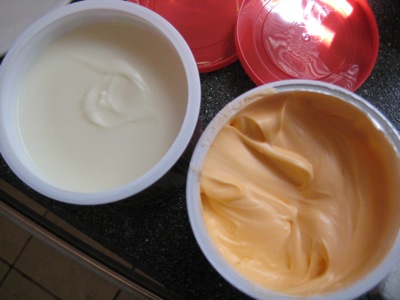 To frost the cupcakes, I used a big star tip and an extra large disposable pastry bag because I wanted to use two colors of frosting. 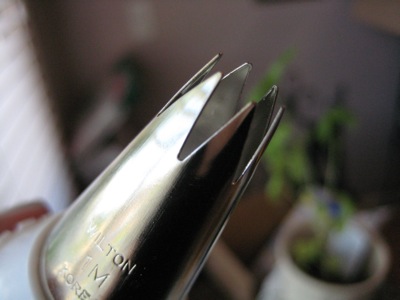 YouTube is just full of helpful advice regarding frosting cupcakes, including two-color swirled frosting (which is also briefly detailed in the recipe linked above). It’s simple enough but OH THE GLEE when it actually worked! 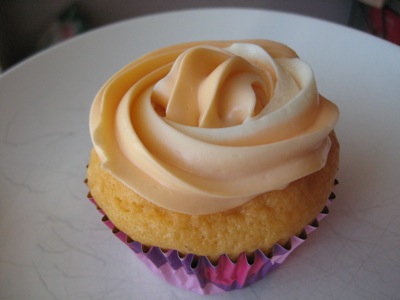 One final thought: I’m not a big fan of the Wilton brand foil-lined baking cups. Among the product claims are that you can put the cups on a cookie sheet, without using a muffin pan, but there is no way I could have done this because the cups were so splayed out due to how they were packaged. I also had a really hard time getting them to stay in the cupcake pan and not spring up out of it, though that was alleviated somewhat when I put the batter in. They’re just not as nice as the Reynolds Baked For You cups.